A Wonderful Ramadan at UMP with RM130,000 contribution by Etiqa 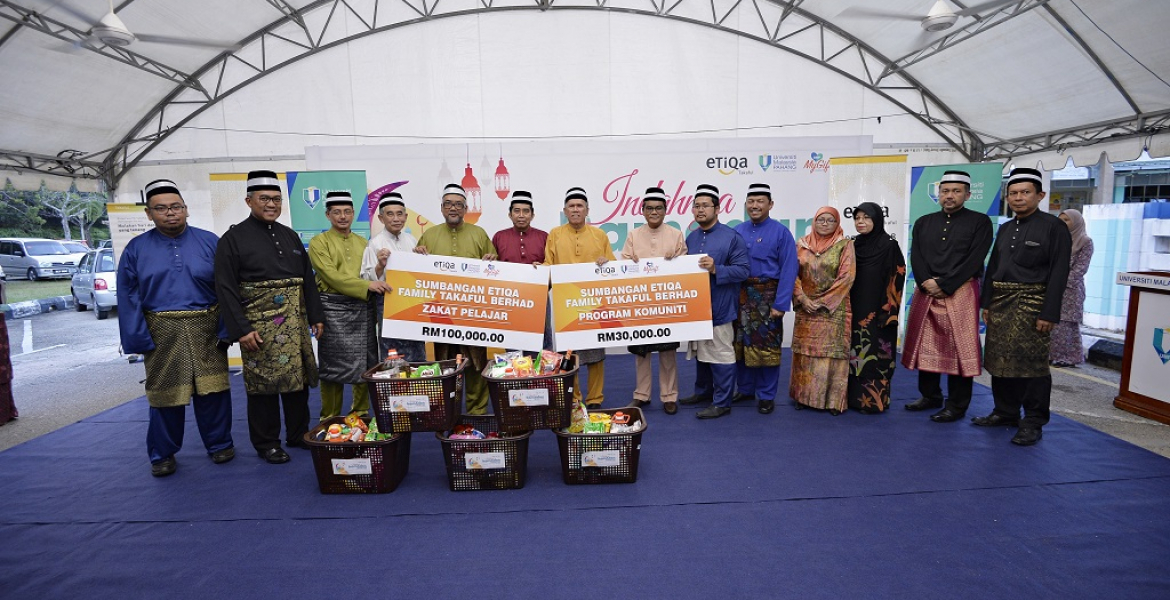 Universiti Malaysia Pahang (UMP) received a sum of RM130,000 from Etiqa, the insurance and takaful business of Maybank, which would bring joys and cheers to many of the undergraduates and the needy in the holy month of Ramadan.

The amount also involved allocations to be utilised for other community programmes such as aids for the asnaf group and the ‘Back-to-School’ programme that was scheduled at the end of the year.

Thirty undergraduates received financial aids that would be used to cover their educational expenses while 20 families under the asnaf group who lived in Kuantan received hampers comprising daily essential needs.

Some 1,000 students also joined the breaking of fast at the event.

According to Professor Dr. Wan Azhar, UMP believed that more undergraduates could be helped if the university had more financial capacity.

“As such, UMP hopes that more donors would come forward and contribute to this noble and worthy cause, especially the private companies.

“We also deeply appreciate the contributions made by Etiqa and many thanks to UMP Board of Directors’ who continues to support the management in making the endowment ecosystem a dynamic one,” he said.

With such commitment, he was confident that UMP and Etiqa would continue to work together for the purpose of strengthening the development of nation culture and the community through charity works carried out from time to time.

The establishment of UMP as a public university is not only tasked to look after the welfare of its staff and students but also that of the community living around its campus.