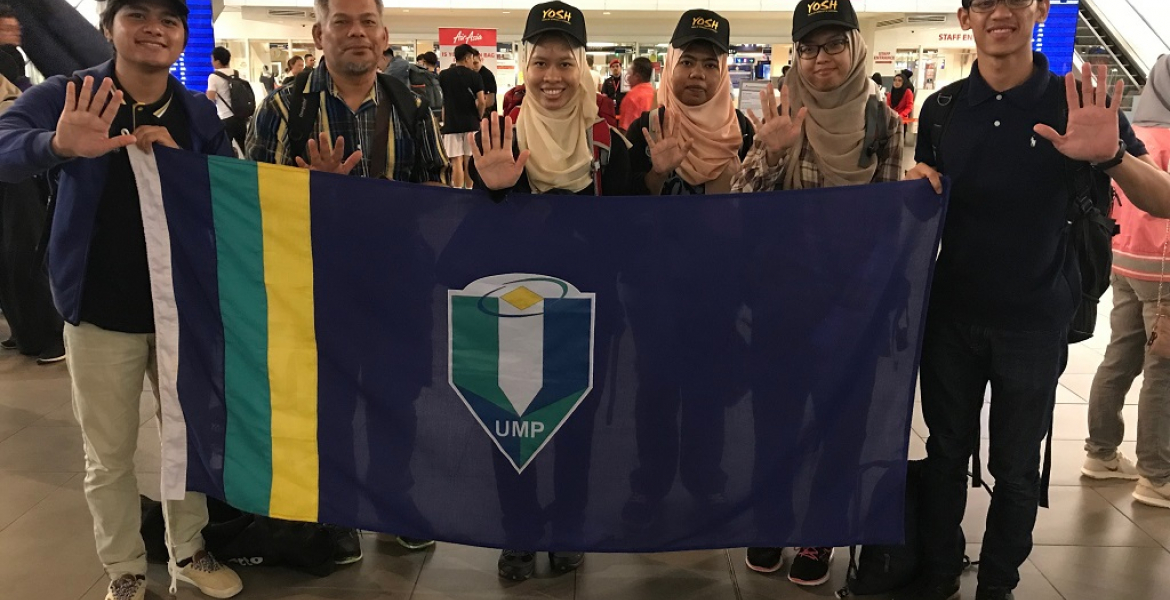 An excursion during the recent fasting month of Ramadan to the district of Palu in the centre of Sulawesi, Indonesia, evoked a sense of humility among volunteers from Universiti Malaysia Pahang (UMP), who personally experienced self-effacement when they extended a helping hand to the victims of last September’s double catastrophe of earthquake and tsunami.

According to the Mission Director, Ezwan Shah, who is also the executive committee for Community Services & Volunteerism of the university’s Students Council, about 16 volunteers in total were involved in the humanitarian mission, to help channel funds and assistance to the earthquake and tsunami victims, especially those living in the critical red zones of Balaroa, Talise Beach, Petobo, and Jono Oge and Sibalaya villages.

“Upon arrival at our destinations, our Malaysian volunteers were aided by fellow volunteers from Relawan Nusantara Palu. Among the contributions delivered to the victims were prayer paraphernalia like women’s praying veils, prayer mats and the holy books of al-Quran,” said Ezwan Shah, adding that the items were handed to the community at Desa Bangga, Dusun 2 in Sigi, who suffered badly as a result of the earthquake.

“Stationeries collected from donors at UMP, such as books, pencils, pencil boxes and the likes, were given to the school-going children there,” he highlighted.

Aside from that, Ezwan Shah said, volunteers also brought along basic living necessities like bags of cooking oil, rice, sugar, salt and the likes, and handed them to the communities of Desa Bangga, Lero Ngapa, Desa Lero and Darul Tauhid, for use at their temporary communal kitchen, called “Sembako”.

As for their temporary shelters, or popularly known as “Huntara”, the folks of Desa Lero and Darul Tauhid had built them on hill slopes, far away from the sea shores, as unlike those at Desa Bangga, they had suffered the subsequent onslaught of tsunami after the earthquake struck.

In addition to the handing over of donations and contributions, Malaysian and Indonesian volunteers alike relished the opportunity to get acquainted during the humanitarian mission, and together, mingled with the village folks and their children, vide a number of organized programmes.

According to Nurul Waheeda, aside from holding congregated iftar, or breaking of fast with the communities during their short stay there, UMP volunteers and Relawan Nusantara Palu collaborated in getting the children to participate in several co-curricular activities, like colouring, learning English and other academic undertakings using appropriate modules, as the children had been left behind in their regular schooling.

Meanwhile, Nor Adzwa said her team of volunteers took on a different role and focused on coordinating a number of trauma-healing activities for the school-going children of Desa Bangga, to help the latter deal with the aftermath reality and overcome their traumatic experience.

“It was in plain view how delighted the children were to see our Malaysian volunteers. And it’s really amazing to see their uncurbed enthusiasm to continue with learning, despite the hardships they have to put up with, and what little they have after the earthquake,” she said admiringly.

For Muhammad Zulhazmi and Nurdiana, the two were grateful that they were selected, out of the 16, to join the mission.

“We believe such mission helps instill selfless trait in the volunteers and drive us to reflect more on how omnipotent Allah SWT is.

“It is truly admirable and yet, heart-wrenching to see how patient these folks are, faced with double calamities and having to endure fasting for the whole month of Ramadan in such dire conditions,” he said.

At the conclusion of the excursion, and on behalf of the team, Ezwan Shah extended their gratitude to the university’s management, especially to JHEPA and the various faculties for their contributions in making the Ramadan humanitarian mission to Palu a success.

“One thing is certain, this mission will leave a lasting footprint in the minds and hearts of the volunteers, to the day we graduate,” he said.